Large world-class experimental facilities possessed by the Department of Aeronautics & Astronautics are utilised to gain physical insights into high-speed flowfields and high-temperature phenomena and verify the results from numerical simulation and design optimisation. The supersonic wind tunnel can produce high-speed airflow that can reproduce the flow conditions of aircraft and their elements, e.g., wings, or other objects flying at supersonic speeds (Mach 2.5 and 3.5 nozzles are available at present). The constant-pressure heater can increase the total temperature of the air inflow up to 573 K.

The transonic flutter wind tunnel is capable of generating airflow that can reproduce transonic aerodynamic phenomena including shock waves and shock-wave/boundary-layer interaction. It is also suitable to investigate aeroelastic behaviour and fluid-structure interactions such as wing flutter that can occur as a result of cross-disciplinary coupling. 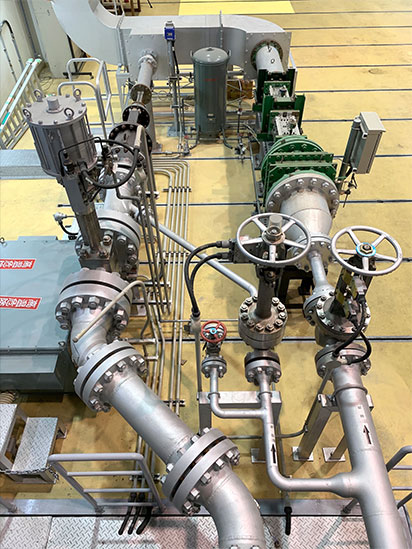 The plume wind tunnel can be used to investigate the jet behaviour and interaction effects of the rocket plume gas and other exhaust gases.

A high-performance hybrid workstation with 56 CPU cores and two Quadro GV100 GPU cards (sponsored by Kyushu University School of Engineering) boasting double-precision performance of 7.4 Tflops is utilised as the primary machine for multi-fidelity hybrid computation as well as high-fidelity simulation (while larger-scale computations are performed on high-performance computing clusters or supercomputers available at Kyushu University or research partners).

Another hybrid workstation with 44 CPU cores and two NVIDIA Quadro P6000 (3840 GPU cores each) is used as the second machine mainly for multi-fidelity hybrid computation as well as high-fidelity simulation. 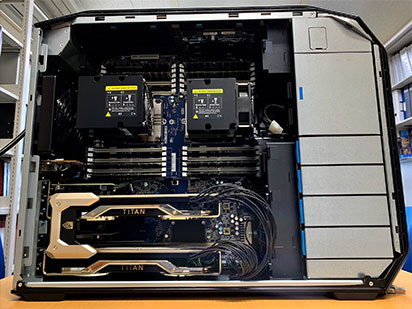 An iMac Pro equipped with an 18 CPU-core Intel Xeon processor is used as a multi-purpose workstation primarily for multi-objective optimisation incorporating high-fidelity simulation as well as post processing of the results. 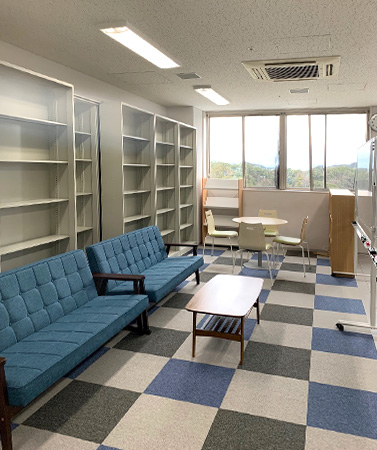 Our main laboratory consists of two areas, i.e., meeting/reading area (in the photo) and working space, along with an adjacent experiment room. Our lab is equipped with furniture to maximise the productivity and inspiration. It is primarily used for the Space projects.

Acquired recently, our second laboratory features a project/meeting area (in the photo) and working space, equipped with new furniture. It is primarily used for the Hypersonics projects. Both labs are located on the top level (8th floor) of the building, commanding a nice view of Ito Peninsula and beautiful sunset.