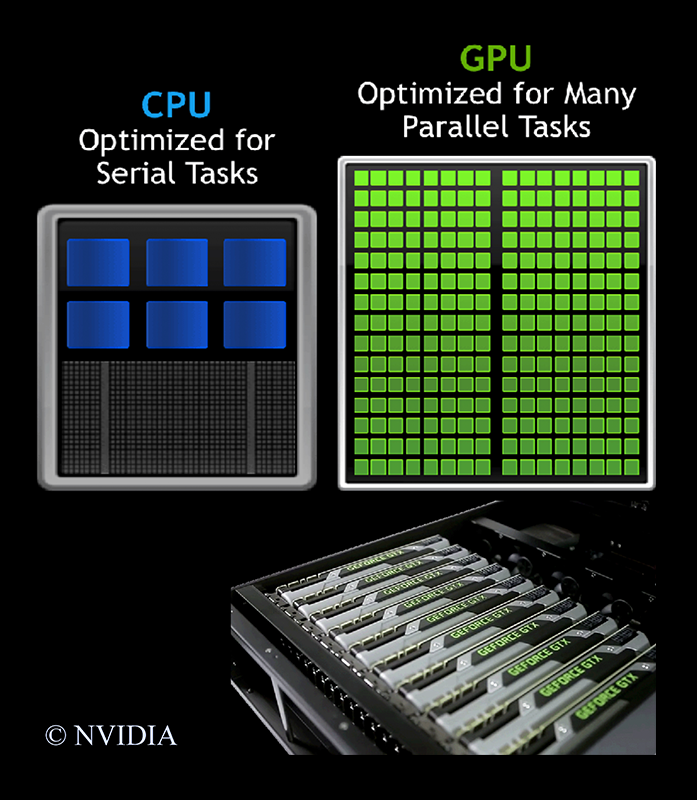 Graphical processing units (GPUs), primarily developed for image display acceleration, have been drawing increasing attention and interest lately due to their advantages over CPUs in very efficient computation and data manipulation in a highly parallel manner. The latest advancement of GPU technologies realises unbounded potential for research in any subject area (not limited to image processing) that requires a multitude of evaluations and thorough search in vast design space, which would otherwise be formidable for conventional approaches using CPU cores.
We are conducting cutting-edge research by taking full advantage of multi-fidelity, hybrid methodologies that combine; (a) super-parallelisation using thousands of GPU cores for numerous simple calculations for lower-fidelity search and (b) serial/parallel computation using CPU cores for high-fidelity, larger-scale evaluations or optimisation. 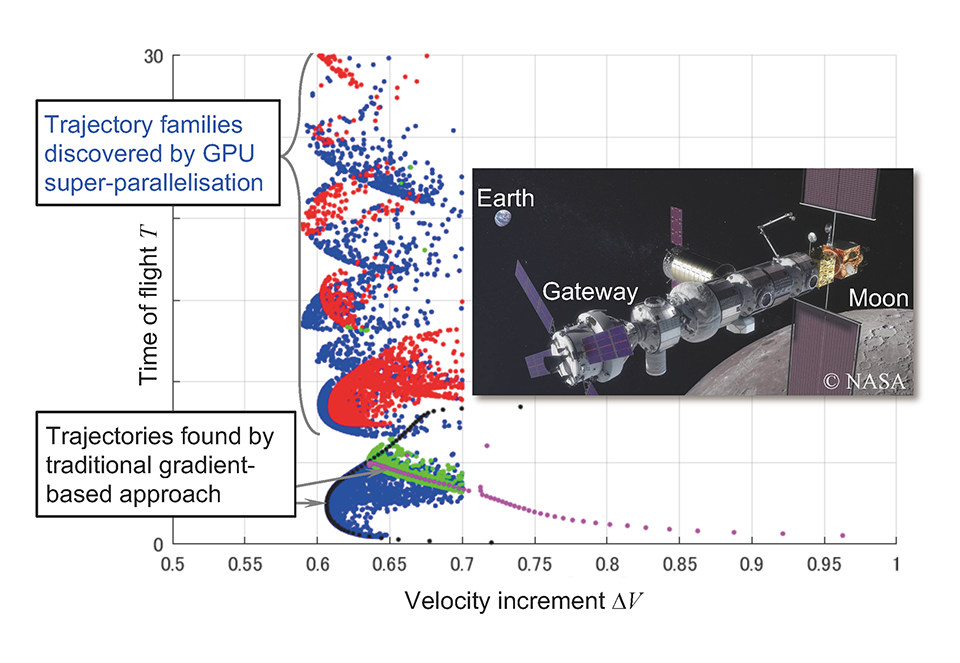 Multidisciplinary system design optimisation (MSDO) is being undertaken in collaboration with Japan Aerospace Exploration Agency (JAXA) for advanced space mission development within the framework of the Artemis Program proposed by NASA for deep-space missions to the Moon and Mars by way of the Gateway platform. GPU-based super-parallelisation has been playing a major role in the optimisation of orbital transfer from Gateway to the low lunar orbit, in conjunction with CPU-based high-fidelity optimisation performed in a complementary manner. Billions of trajectory evaluations on GPU have revealed new families of feasible trajectories for Gateway-lunar transfer, which could not be found by traditional gradient-based approaches. 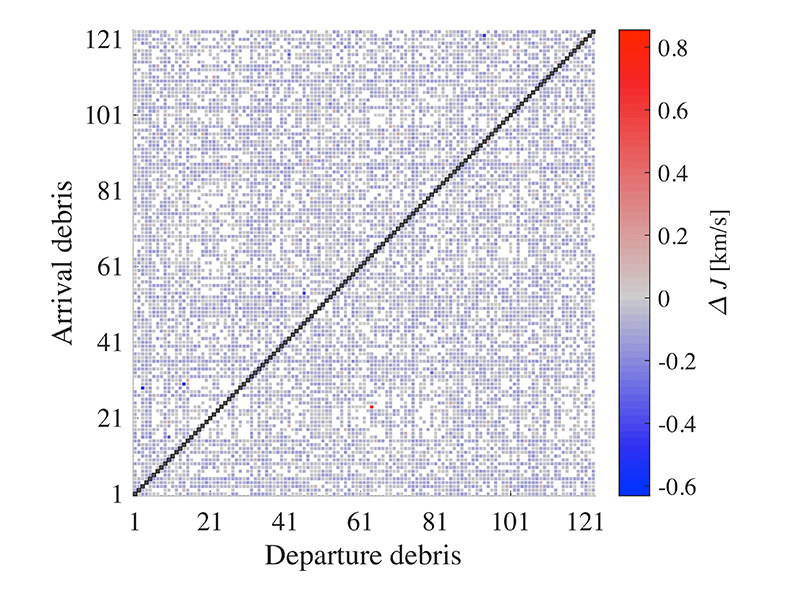 Multi-target rendezvous optimisation is important for various space missions that require efficient, successive visit or swing-by to multiple objects such as active debris removal, sample return of multiple asteroids, and interplanetary travel to multiple planets. It is inherently a highly complicated problem due to the need to consider an immense number of combinations for the targets while evaluating the trajectories between them, aiming to minimise the overall cost, e.g., total velocity increments, total time of flight. It also represents a suitable problem to be tackled in a multi-fidelity hybrid approach, greatly benefiting from the combined use of GPU and CPU cores. Considerable improvement has been achieved by global solution search and optimisation owing to the efficiency and robustness enabled by GPU-based super-parallelisation.

GPU utilisation realises innovative approaches in a wide range of subject areas besides space missions. Machine learning, deep learning and other statistical techniques using GPU-based super-parallelisation are applied to the results from high-fidelity simulations in various disciplines including fluid mechanics, thermodynamics, electromagnetics, and trajectory dynamics. The essential information extracted by such methods can then be used to build precise surrogate models and reduced-order mechanisms that can represent the behaviour of the system without the need to perform expensive computational simulation. This approach is being employed for various challenging design and optimisation problems such as scramjet flowfields, combustion / chemical reaction modelling, ion thruster electromagnetic fields, multi-objective design of space transportation systems and multidisciplinary system design of space missions.