Travelling from the Earth ground to space against the gravity requires a tremendous effort to overcome the substantial gravitational force, coping with the harsh environment associated with high-speed flight through atmosphere. In particular, compressible flow phenomena such as shock waves and their interactions with the boundary layer pose a significant challenge from aerodynamic and aerothermal perspectives, causing considerable amount of aerodynamic drag and surface heating. Such phenomena can also affect and couple with other disciplines such as structural mechanics and flight dynamics, necessitating careful system design in a holistic approach based on accurate understanding of physical phenomena and behaviour as well as their effects on the performance. 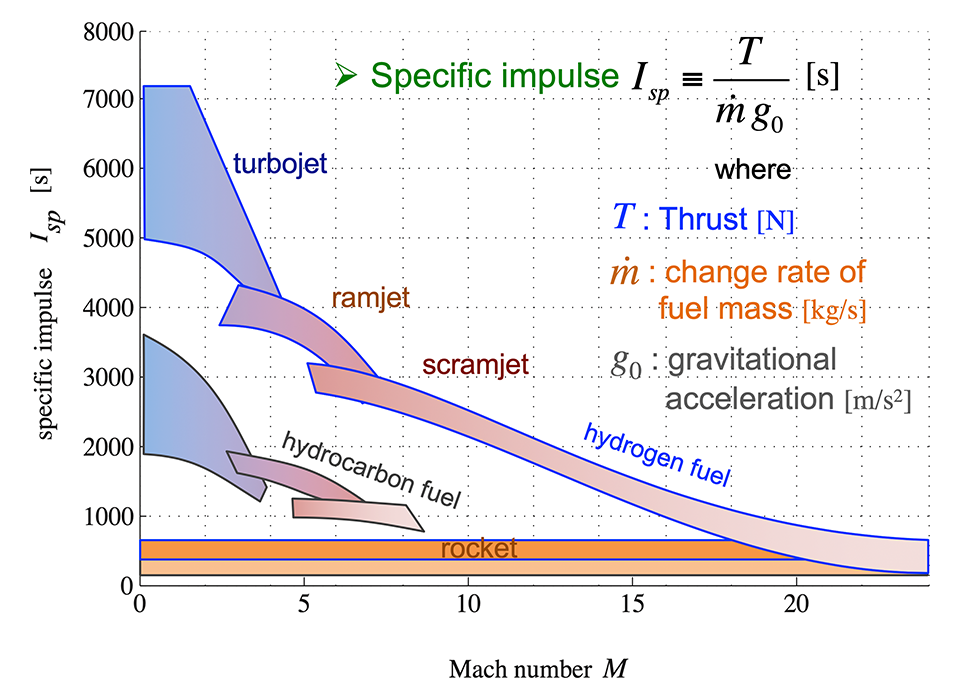 Space launch vehicles have traditionally been replying on rocket propulsion using chemical propellants, which is a mature, established technology, but inherently inefficient due to the heavy weight of the oxidisers that need to be carried. With the increasing number of launches and demand for low-cost launchers, airbreathing engines have been drawing increasing attention as an alternative propulsion technology for reliable, flexible and economical space transportation with reduced cost and environmental impact by using oxygen in atmosphere.

In particular, scramjet (= supersonic combustion ramjet) engines can offer significant advantages in hypersonic flight. Incoming airflow captured by the intake is compressed through shock waves to be mixed and burned with fuel, thus removing the need to carry heavy oxidisers unlike rocket engines. Scramjets also feature a simple hence light structure primarily composed of an intake, combustor and nozzle without complex elements such as a compressor and a turbine unlike turbo engines. Multi-objective design optimisation studies have been performed extensively for scramjet engines by means of evolutionary algorithms assisted by surrogate modelling. 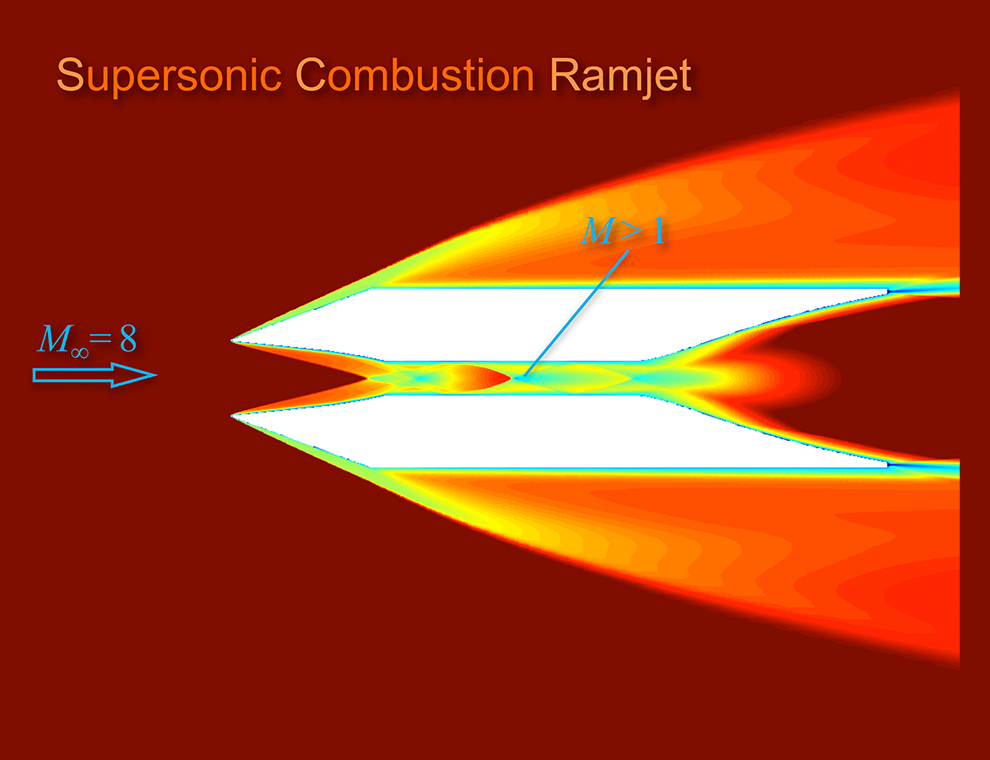 Flowfield inside and around an axisymmetric scramjet engine (Mach number distribution) 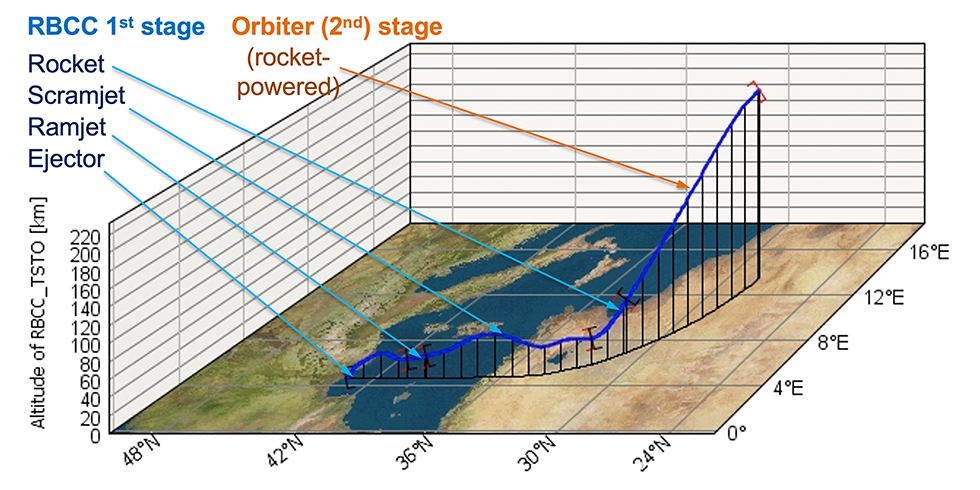 Economical and flexible access-to-space crucially depends on efficient operation of airbreathing propulsion, making most of the Earth’s atmosphere. This necessitates multidisciplinary design in an integral manner, accounting for the airframe as well as other subsystems such as thermal, structure and control. The trajectory can be optimised to ensure optimum performance of the vehicle system, as exemplified in the figure for two-stage-to-orbit (TSTO) access-to-space using the RBCC (rocket-based combined cycle) engines comprising a rocket, a ramjet and a scramjet for the 1st stage and a rocket engine for the 2nd stage.